Selling homes & leading a successful team, top salesperson Kane Taylor is a proud business partner of Ray White. Demanding excellence from both himself and his team has propelled Kane to the absolute top of his profession and kept him there.

A specialist in the City Fringe and surrounding Auckland suburbs, Kane is approachable and defined in the art of negotiation, you can count on him to always go the extra mile & client care is at the top of his agenda.

ELITE Salesperson 20/21 – Kane is consistently in the top 3% of salespeople in the Ray White group and is recognised for his high performance in transactional outcomes.

Creating a well-renowned brand, Kane has now got a team of two which he soon hopes to make three. Kane is passionate about Point Chevalier and the surrounding suburbs, he is currently living within Waterview and in the middle of a renovation on his own villa styled home.

Kane’s next move will be into the ever-popular suburb of Pt Chevalier, he sees himself raising a family and growing his business there with the ultimate goal to open a Ray White Point Chevalier office of his own.

Warm, welcoming and incredibly professional, Kane’s approach to everything is genuine, whether he’s creating a bespoke sales campaign for his clients or supporting his team to get the best results.

Kane’s passion for hard work is unsurpassed in an industry where long hours and a commitment to people’s needs is the benchmark. In a relatively short time, Kane has catapulted to one of the best and well known in the business.

Kane has an excellent scope of the market, having started in Remuera and successfully branching out over the years to Auckland’s surrounding suburbs and the city fringe. Kane is now a top-performer in most Auckland suburbs from East to West. Kane has now become the “go-to trusted advisor” on all things real estate. Kane has had success throughout Auckland; from St Heliers to Titirangi, but recently he has gained a reputation in Point Chevalier and the City Fringe. Kane has a wealth of knowledge when it comes to property of all shapes and size’s, from terraced house developments to brick and tile units to his favourite, bungalows and villas.

We found Kane to be incredibly professional, yet warm and engaging throughout the whole process. We felt we could trust him fully to manage expectations and handle every negotiation. He was knowledgeable and quick to advise where necessary and he always made himself available when we needed him. 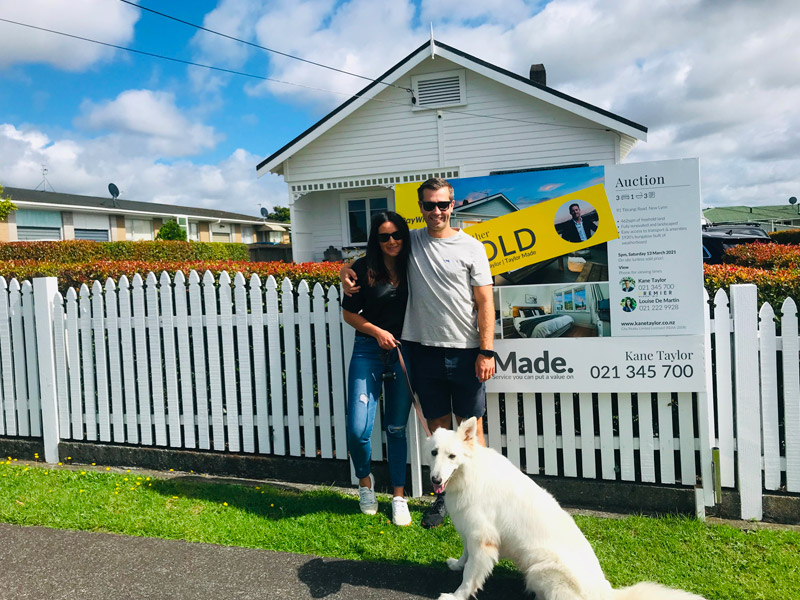 Need an appraisal? It costs nothing!

We’d love to help. Often appraisals are for general knowledge, insurance purposes or refinancing, not just for selling homes. Click below so we can get the details and arrange a time for you to meet Team TaylorMade.

Send me to form